Cellular Automata and their Applications

“Maria could almost see it: a vast lattice of computers, a seed of order in a sea of random noise, extending itself from moment to moment by sheer force of internal logic, “accreting” the necessary building blocks from the chaos of non-space-time by the very act of defining space and time.” (Egan, 1994)

Cellular automata is a term referring to a type of discrete computational system, which was first discovered by the Hungarian-American mathematician John von Neumann (1951), but gained wider popularity outside academia in the 1970’s with John Conway’s Game of Life (Gardner, 1970). Cellular automata vary widely in their properties, but can be categorised by the common feature of being “comprised of a number of discrete elements called cells”, where “each cell encapsulates some portion of the state of the system” (Yuen and Kay, 2009). Typically, these cells are positioned uniformly in a grid and governed by spatially localised update rules, dependant on the state of neighbouring cells. Most automata systems represent time discreetly by handling cell updates simultaneously, resulting in a series of “generations” or “steps”.

The simplest non-trivial example of a CA system is Stephen Wolfram’s elementary cellular automata, which consists of a 1-dimensional grid of cells, each carrying a binary value of either 1 or 0 and a universal update rule, which takes into account the states of the two immediately neighbouring cells in the previous generation and either retains or changes the state of the cell in the next generation (1982). With 1-dimensional cell grids, each ruleset can be easily explicitly illustrated, as shown in figure 1.

Figure 1: Visual representation of a ruleset for an elementary cellular automaton

These rulesets are also often described by the decimal representation of the binary number, which is formed by listing the possible outputs of the ruleset. The ruleset in figure 1 would be represented in binary as 00011110 and in decimal as rule 30.

Stephen Wolfram, in his paper “Universality and Complexity in Cellular Automata”, further analyses ECA’s and categorizes them into four types (1984):

Automata of class 1, 2 and 3 have interesting properties, such as high sensitivity to initial conditions, pseudo-random generation with simple non-random initial conditions and fractal pattern generation (See figure 6). Wolfram conjectured that class 4 systems are capable of universal computation, which was later proved by Matthew Cook (1984; 2004). 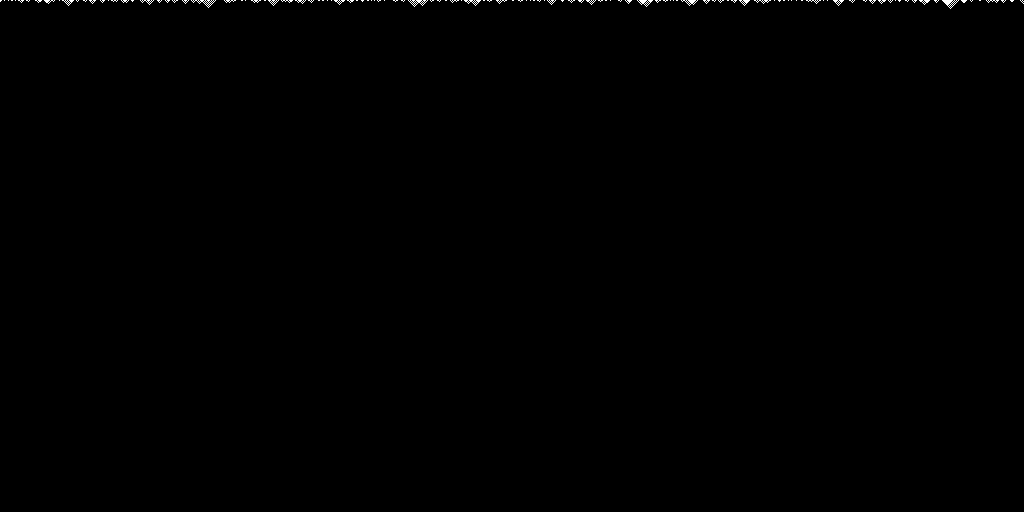 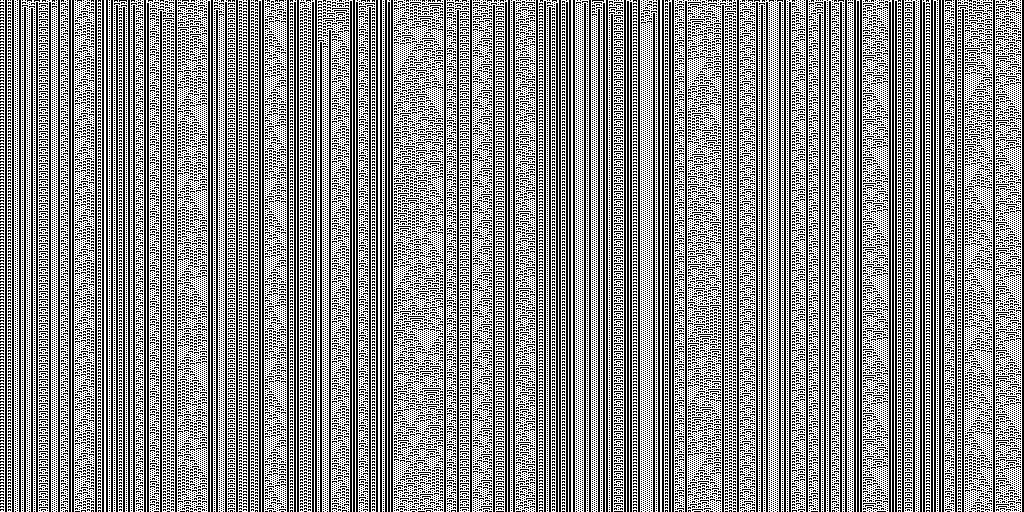 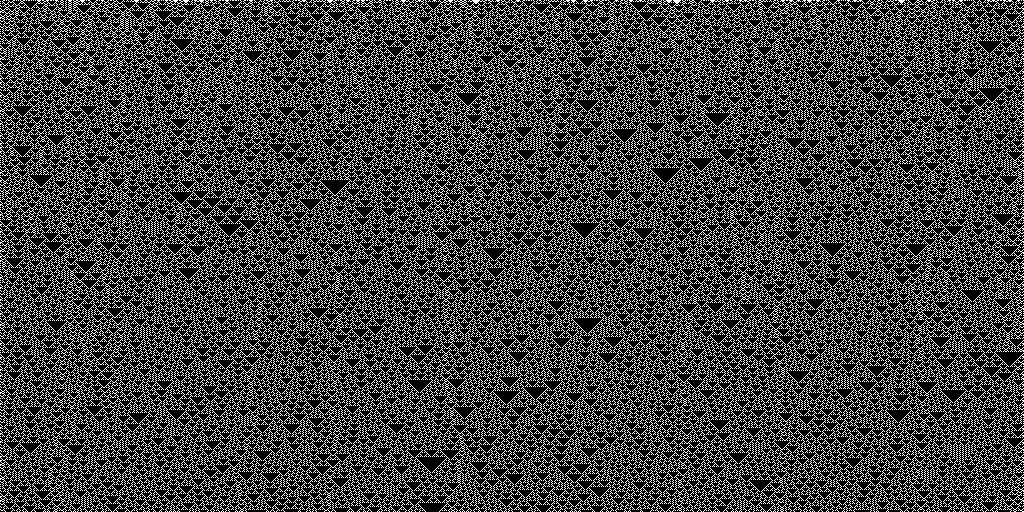 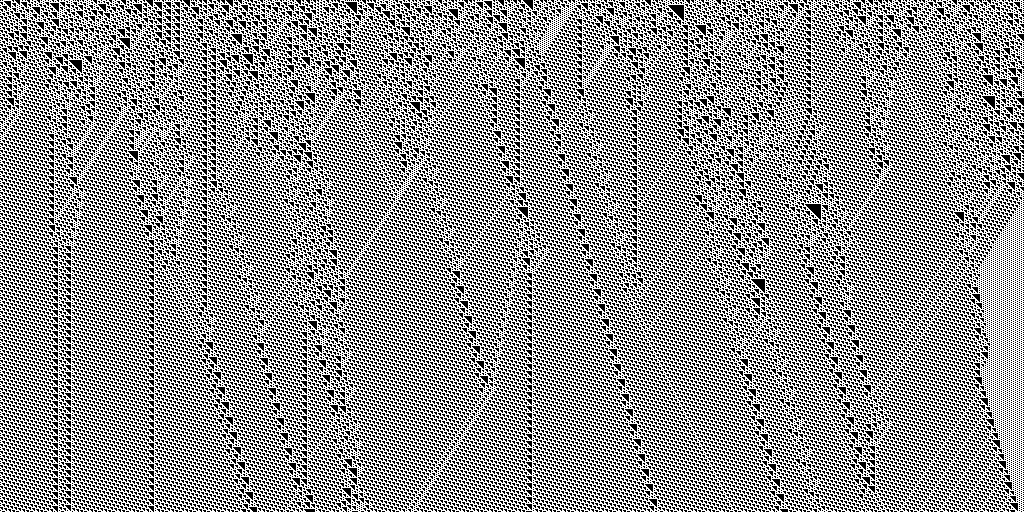 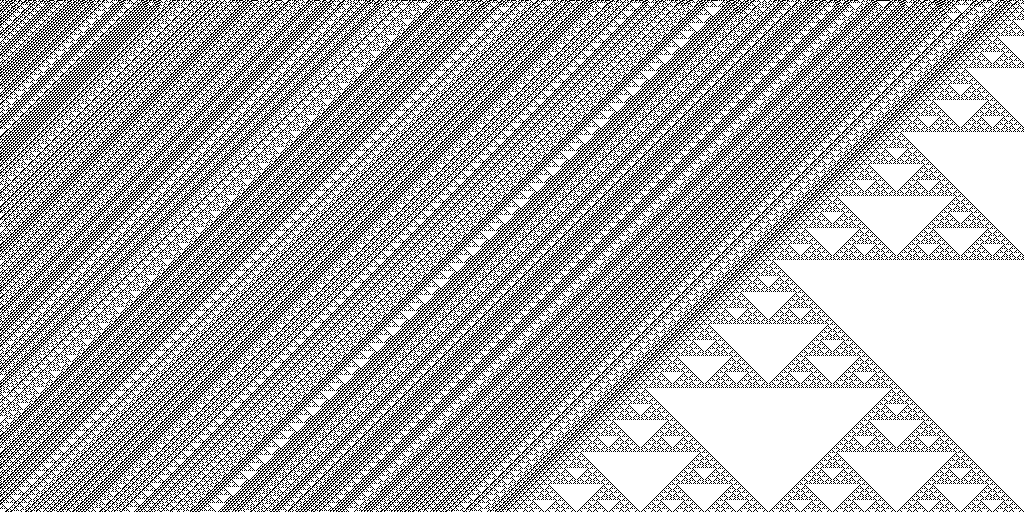 *Code for generating these is published here.

Perhaps the most famous and deeply studied two-dimensional CA is John Conway’s Life, which was created by the British mathematician through experimentation, with the goal of creating an unpredictable and interesting CA, which would exhibit life-like behaviour (See figure 7). This ruleset was later proved to be turing-complete (Rendell, 2016).

Another fascinating cellular automata, which is particularly well-suited to expressing and modeling logic gates is “wireworld”. It was originally invented by Brian Silverman in 1987 (Dewdney, 1990). The cells in wireworld take one of 4 different states: empty, electron head, electron tail or conductor and update in a Moore neighbourhood with the following rules:

Being turing complete, wireworld allows for the construction of any electronic logic circuit, with Mark Owen and David Moore going as far as building a full wireworld programmable computer, including five 7-segment digit displays (See figure 8) (2004).

Similar to wireworld’s modeling of electron movements, CA have been used to model road traffic. The simplest deterministic model used is Wolfram’s rule 184 ECA to model unidirectional single-lane traffic. This model is rather limiting, since “there are only two possible kinematic wave speeds, i.e., +1 and −1 cell/time step” and the model does not allow for non-homogeneous vehicles (Maerivoet and De Moor, 2005). Rule-184 models have been extended further to move past these limitations, with one example of this being the Fukui & Ishibashi model (FI), which allows for “cars advancing by multiple sites per one time step” (Fukui and Ishibashi, 1996). The field of CA road traffic modeling has kept evolving, with more complex models, such as Brake-light, being used to produce more and more accurate and useful predictions (Maerivoet and De Moor, 2005).

Another usage for cellular automata is procedural content generation (PCG) for games. This approach relies on the self-organization capabilities of CA and allows for the generation of natural-looking terrain. The approach, which is taken when generating two-dimensional content is this:

In two dimensions “the computational effort equals n(wh(2M + 1)^2), where w and h are the width and height of the grid, respectively, n is the number of CA iterations” and M is the Moore neighbourhood size, but the algorithm can be generalised for any number of dimensions by changing the neighbourhood type (Johnson,Yannakakis and Togelius, 2010). For an example of the resulting map, see figures 9.1 and 9.2.

Cellular automata have properties which make them viable for a variety of different applications, but are most well suited for simulating physical systems, due to the localisation of their update rule, which mimics the physical world. Cellular automata models are computationally efficient and allow for easy parallelisation. They have been used to successfully solve scientific and engineering problems in road traffic flow, fluid dynamics, cryptography, structural design, molecular biology, finance, etc. In road traffic modeling, elementary cellular automata simulations have been used to efficiently approximate single and multi-lane traffic flow, with some limitations caused by the simplicity and homogeneity of these systems. More complex cellular automata rulesets have been devised to handle these limitations, such as the Fukui & Ishibashi and Brake-light models. Cellular automata have also found a use in procedural content generation for games, due to their self-organization capabilities and computational practicality for creating natural-looking terrain.

Chess Study: The High-Level Plan This post is going to be the first of a series related to a new task I will be undertaking — to implement a structured chess study plan with the aim